With the result of the Election and the Republican party winning an election fought on miss-information and half-truths, its interesting to reflect on how the next four years will impact technology innovations and Mobile Payments.

The campaign was won partially on the promise of bringing back jobs in the industrial sector and others that are being taken over by technology.  A comparison in the mobile payments industry, is like promising new building for banks branches in the US because it will provide more jobs, even though most Americans are performing their banking activities online.

Can this rebuff of technology and progress in the real world also happen in the mobile payments ecosystem?

The growth of mobile payments can only be successful if it covers the nation and we get more and more customers to change their consumer behavior to scan their phone at the terminal, rather than swiping a card (or even carrying cash).

So, how does the Mobile Payments Industry prevent technology moving too fast and leaving 51% of America behind, while maintaining a steady growth pattern of consumer adoption and technology improvement in the near and short term.

Is there already an inbuilt emergency brake?  In the shape of the Chip & Signature process?  I heard a statistic the other day, that it takes 38 seconds to complete a EMV transaction request on a terminal.  That is indeed not a technology improvement.  In Europe, it a sub 10 second process to complete the cycle.  Its interesting to look at other markets around the world.  In Europe, The Netherlands and Sweden are much smaller countries but have diverse demographics in cities’ and in rural areas but are moving faster towards a cashless environment than anyone else and have done it within a very short time.

Mobile Payments is totally the future of payments for many Americans living in progressive cities but its going to take much longer to cover the entire United States.  The US smart phone coverage is a pretty good indicator of this, we saw over the last 10 years’ smart phone coverage has expanded to all corners of the US, even if the model of the phone are several years behind.

It’s a pretty good bet the mobile payments will be the most popular way of paying in the future, but for now there is still a part of American society that want to walk slowly into the future and use the traditional cash or credit card payment option, which are perfectly fine.  However, unfortunately they’ll have to figure out mobile payments, because it maybe the only way to pay in 5 to 10 years’ time and banks and technology merge closer together. 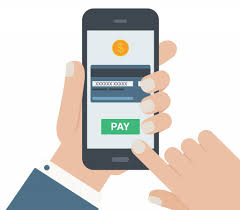 There is a small battle going on in the payments world that may soon come to the surface.  The world is now seeing the era of mobile payments and the focus is on the consumer adoption and growth of the industry. The underlying questions is, which wallet, from either your phone maker or your bank will you use?  As the mobile wallet market matures, consumers will demand more from their banks and phone makers need to do more than just payments.  Consumers want one place where we can do everything, like point of sale payments, banking activities, loyalty activities and online and in-app purchases.

The struggle will be between phone makers, like Google, Samsung and Apple and Financial Institutions, such as Chase, Citi Bank and Bank of America and new challenger Banks, like Mondo and Curve. The new banks are positioning themselves as different to traditional banks by focusing on the added value to the customer, for examples; creating an easy way to view my monthly purchases categorized in an easy way on their phone. This is not a massive banking disruption, but the openness and future possibilities make this an exciting time to watch the banking industry.  The future possibilities are very interesting, as no traditional bank has really opened their API’s to outside parties. Companies such as Mondo.com are creating a platform that will be driven by a single savings account, which will be the trigger for all other banking activities. It will allow you to eventually link the app or API to your device so users can make payments at the point of sale, split bills with friends and maybe also build a better relationship with merchants to leverage a loyalty platform.

The banking industry is moving towards the mobile platform in a fast way and the mobile device will be the enabling force for banking change. Google, Apple and Samsung have platforms that allow interaction between the software and hardware, which is a critical component to ensure the security and integrity of the banking data. The provisioning of a credit card to the wallet and the security mechanism is a service that both Visa and MasterCard have generated to ensure a generic solution is available across the board. It also allows both to keep control of the process.

Using the Secure Token or the TPM to authenticate the phone and the user is a unique hardware security measure that will reduce the risk of device cloning. The IDMV data elements and passing of data to the issuing bank will inevitably be the decision maker on the customer and the transactions from the device. It’s the banks decision to allow a user to provision their credit card to the specific device and also perform any banking activity within the wallet. If the bank receives more data on that customer, like their historical transactions for all merchants (which is user generated), will provide a greater amount of data to the bank to make decision about what the customer can do.

There are several other alternate NFC payment solutions on the market that enable users to use their payment instrument within a device, like a watch or band. The major problem is that these devices doesn’t really allow you to do anything else. It’s really restricted to the transaction activity of tapping on device.

The battle is defiantly between the banks and phones providers to capture the customers banking activities. There are two aspects to consider;

For a US bank to excel this space, there are several points to consider;

Banking data is something banks have a lot of and they need to leverage it. Empowering the merchant with more profile data can positively effect the users experience with merchants at the check-out and for merchants increase sales and revenue. But this will put much more pressure on banks and phone providers to ensure their risk profile systems are accurate.

Tech companies often break out into different areas of business in an attempt to increase revenue. Few have ventured in the banking industry. Companies like Facebook and Google have explored with their relevant money transmitter licenses, which allows them to hold funds on behalf of their users. But none have applied for a full banking license.

Companies like Apple and Android have the technical platform to ensure the security of the banking details and also the ability to reduce the amount of friction for users to do all their banking and financial activities. Banking aspects such as, providing credit lines for specific users for specific types of products. Similarly, it would allow users to send more information to merchants during the transaction cycle to ensure they are leveraging a user’s loyalty and reward’s program. Fundamentally, there could be a situation where a wallet provider/platform that becomes an issuing bank could build a relationship with large merchants to process transactions directly with the issuer, bypassing VISA and MasterCard.

The next five years are going to be really interesting as the mobile payments market matures and grows internationally. Banks will also be finding new avenues to get more customers and offer more banking services that we are seeing from the smaller challenger banks.

Recent news is evidence that large traditional bank are now taking notice to the change and trend in challenger banks, with the Holvi, the European online current account banking platform being bought be BBVA. Mobile Payments and New Banking is moving full steam ahead and both tech companies and traditional banks will be fighting to gain control.

I buy my shirts from a combination of about 4 different stores. They are a mixture of online retailers and physical stores. There is no monthly planning or budgeting on what I should buy or when I buy my shirts, which would allow me to take advantages of sales, I just buy when I want.

I’m typically an impulsive shopper, the process usually goes like this: I open my computer and go through my gmail, tab-by-tab. Starting with the first primary tab, I skim through emails that are important and open different emails, which I’ll read later. When I do come across emails from clothing companies that I’ve signed up for or bought from before (therefore getting an email), I just about always and click on the email and see what is new or what is on sales for that week.

Then, when I’m determining whether I buy something I go through a simple calculation of what I think I’ve bought this month and if I have any money left to spend and how important is it to get this shirt (and what is the price). But then, the most important part is, I look how much I have in my virtual account with the retailer (or loyalty points). This comes in the form of points or direct money which will contribute to my total purchase price. The feeling that I’m getting a discount pushes me over the line most of the time. Loyalty points are typically generated by previous purchases with the retailer. They often run promotional offers where you can get double points for a purchase.

All of us are a creature of repetitive behavior. The process I go through is typical of me and I’ve probably done it about 20 times over the last 4 years. I think this is really important for marketers and advertises to understand. Facebook do a great job of this, where if I like a clothing company on Facebook, it will suggest several other similar clothing companies. That’s great, they’re all very similar to my taste and not something completely different and therefore more likely that I buy something.

Sharing loyalty between similar companies. My loyalty points are very important when making a buying decision. If I was able to provide information to the 3 or 4 companies I typically shop at, about my needs for shirts and when I think I need them and I could get a discount and/or add to my loyalty program. That would be huge.

I’m a loyal shopper and I’m happy to send information on my buying behavior to retailers I trust to allow them to make better decision on what sort of advertising they in turn send to me.

The payments ecosystem is becoming more transparent and streamlined to allow and to become a more accurate and effective payment process. You can see this clearly with the strides that blockchain technology has made within the last year. If this can be applied to the interactions and trust between the buyer and the merchant and encouraging brand loyalty via the payments and advertising ecosystem merging together. The world would be a better place.